In Optimizer, the line items that you use for objectives and constraints fall into one of three categories. Those that:

If you attempted to use the constraint formula in the diagram above in an optimization it would not work, returning an error such as the one below when you run the optimization: 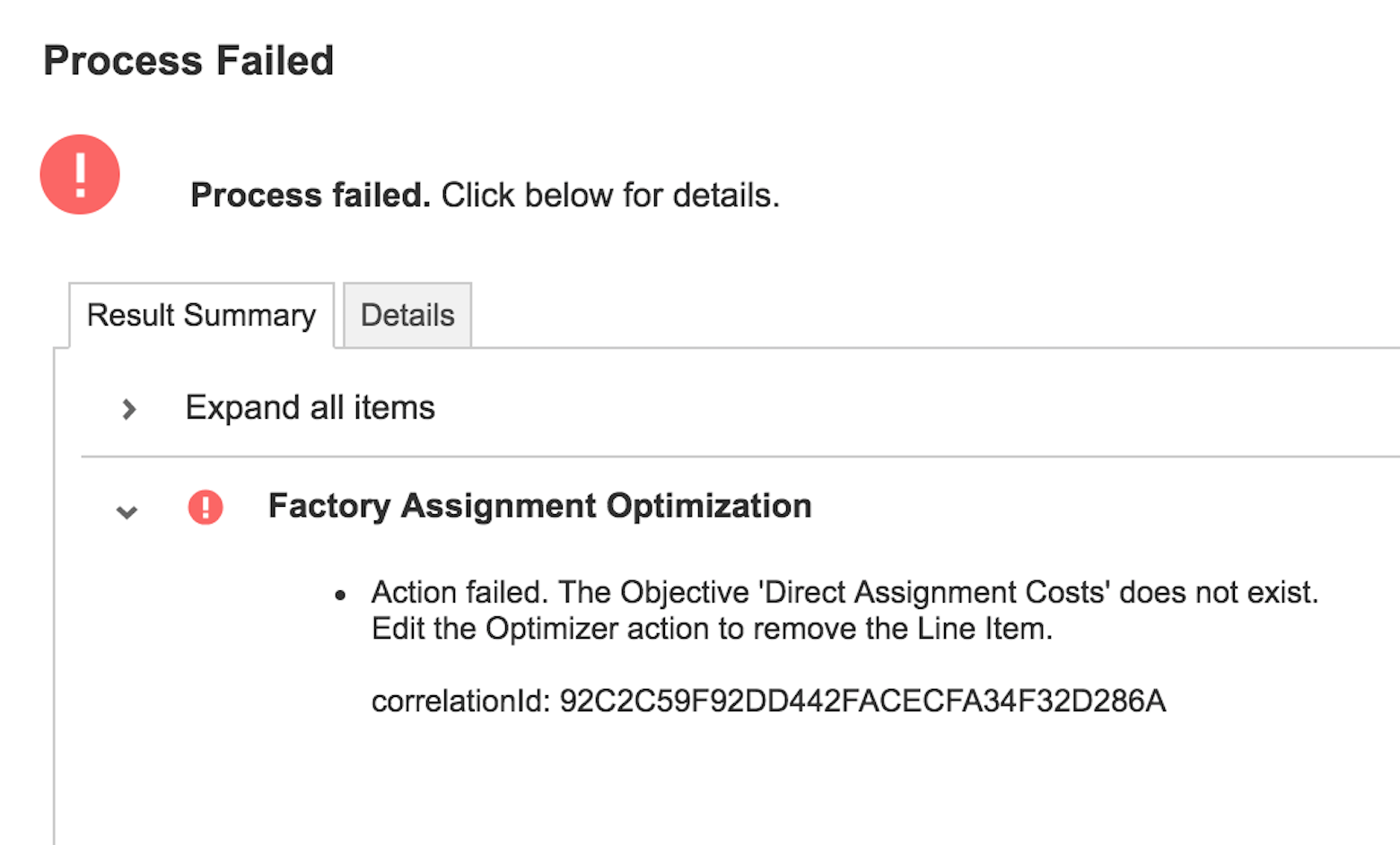 The error message states that an objective (or constraint) does not exist because it uses a variable with two levels of indirection, which Optimizer is not able to process.

In the diagram, the error would occur because the line item First Indirection 2 refers to a second line item Second Indirection, which contains a formula that uses a variable.

See the diagram below for an example of how to work around the indirection limitation using the steps above.

Let's break down the steps you can use to go from the first diagram to the second:

By creating the new line item G and using it in a formula with the variable z, we are able to remove the second level of indirection. This means our constraint formula will work and the optimization can run without error.

We update Anapedia regularly to provide the most up-to-date instructions.