Use the ISFIRSTOCCURENCE function to return a TRUE Boolean value for the first occurrence of each value in a list-formatted dimension.

The Value to search for argument can be a number-, Boolean-, date-, time period-, list-, or text-formatted line item.

The Dimension to search argument must be a list used as a dimension in a module. It cannot be a list-formatted line item.

The ISFIRSTOCCURRENCE function has the following constraints:

An artificial limit is imposed to prevent the searching of large data sets that would slow down the server. This limit is set at 50 million cells. If more than 50 million cells are used with the ISFIRSTOCCURRENCE function, the model rolls back and a notification displays.

As the number of cells you use with the ISFIRSTOCCURRENCE function increases, so does the duration of the calculation.

In this module, ISFIRSTOCCURRENCE identifies the first occurrence for each list value:

Below is the formula in Blueprint. Note that the result line item for the line item named ISFIRSTOCCURRENCE is Boolean-formatted:

How hierarchical lists interact with ISFIRSTOCCURRENCE

If you create a list that uses a second list as a parent, the ISFIRSTOCCURRENCE function bases the result on the order of the child list. However, the module orders the results based on the hierarchy of the parent list. This example shows how a child list named named Type interacts with its parent lists Locations and Regions as part of a hierarchy. 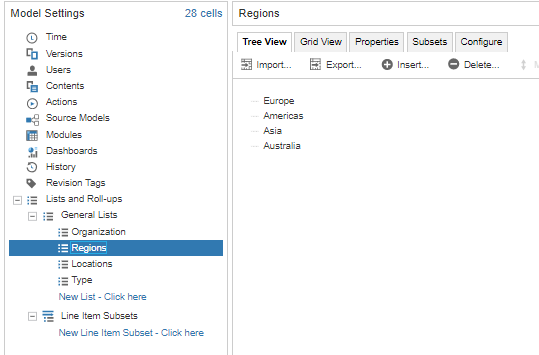 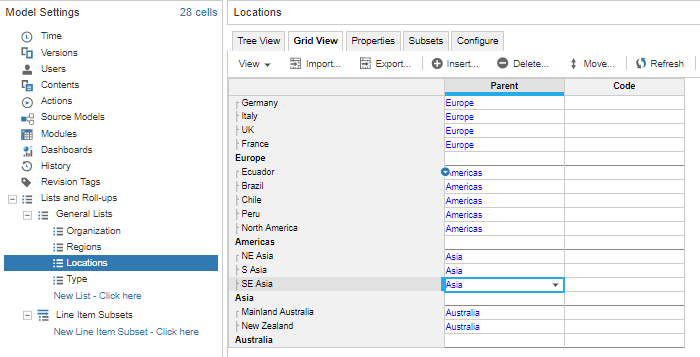 Type contains the type of business performed at each location: Admin, Distribution, Manufacturing, and All. 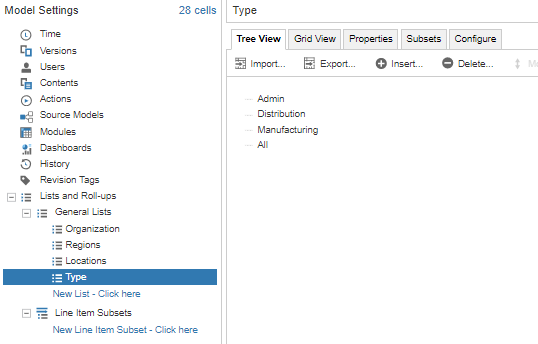 The IFO-Check module uses Locations as the rows.

The line items Value and IsFirst are dimensioned as columns. Value is list-formatted. IsFirst is Boolean-formatted, and contains this following formula :

As a result, checkmarks display in the IsFirst column. These indicate the first occurrence of each value in the Value column. 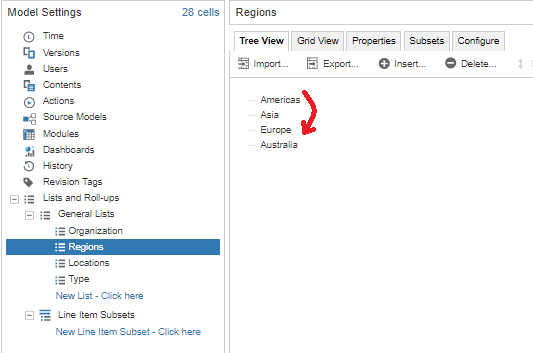 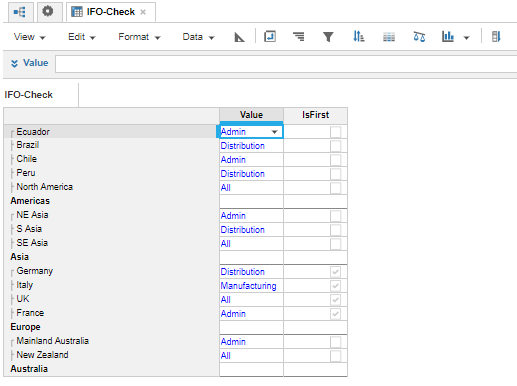