Lists (or Hierarchies) are groups of similar items, such as people, products, and regions. Modules are created by combining several lists, along with optional Timescales and Versions. Lists can be reused in several modules and, when a change or update is made to a list, you can see the change throughout all modules immediately.

The simplest example of a hierarchy is geographic regions: a city (New York) is a child of an area (US East), which is a child of a sub-region (USA), which rolls up into Total Company. 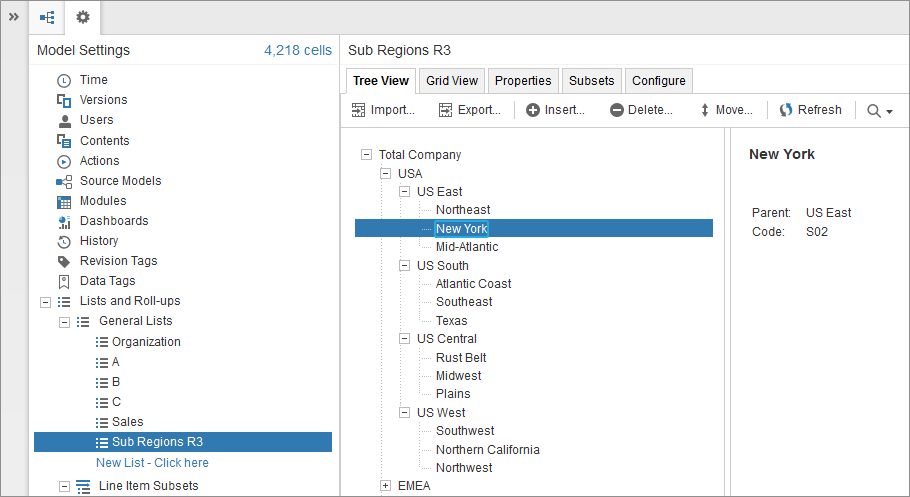 You can use this screen to add or delete list items. To reorder lists, drag a list item to a new position and the change reflects throughout the structure.

Remember that the Users list dynamically mirrors current users with access to the model. It negates the need for a locally created list of users in each model and simplifies maintenance of user details across a workspace. It can be used in a list-formatted line item. Any changes made in the Model Settings > Users > Users tab cascade to the Users list.