A basic import process has a source of data and a target to which the data will be transferred.

When searching for an import target, the search looks for:

It is important that Lists, Modules, and Saved Views are named uniquely to ensure that data is imported as you would expect it to.

Saved Views are often used as sources for imports. If several share the same name, Anaplan will be unable to differentiate between them and the import will fail.

If lists have the same name, but contain different data, there is the potential to import the wrong data or inadvertently overwrite data.

To facilitate an import action, an Import Data Source definition (referred to from this point as IDS) is created on the import target and linked to the import source. If an IDS already exists for the source and target, it is amended with any new information.

Although the information in an IDS relates to the source of the import, the IDS itself is stored on the target. A source can have many IDS stored on a range of different targets.

This provides considerable flexibility for data transfer as sources can be accessed across workspaces. For example, where a data hub is used to update data in many workspaces.

The definitions in the IDS play an important role in both import data source re-mapping and in application lifecycle management.

This diagram shows data imports between six source models and six target models across three workspaces. In the simplest example, Source 1, in Workspace A, uses IDS – Source 1 to import data to Target 1. However, we can also see that the same IDS is used when importing data to Target 1 from Workspace C. 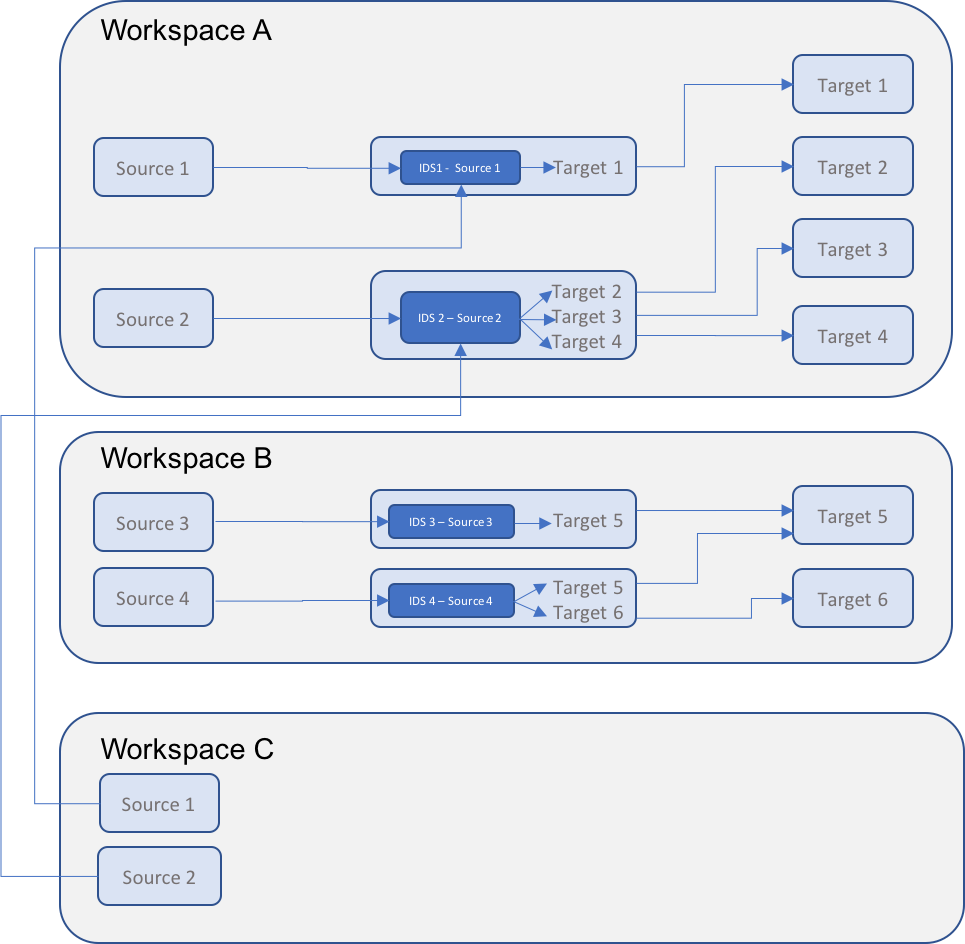 Another way of expressing this architecture is in a table, sorted by IDS name. As you can see, IDS Source 2 is used to import data from two workspaces — Workspace A and Workspace C — to three different target models (Target 2, Target 3, and Target 4).

If a new workspace is added to this site, say, Workspace D, and an import configured from Workspace D, Source 1 to Target 5 on Workspace B, a new line would be added to IDS 4 – Source 4 to hold the configuration information for the import.

Imports can be created in: 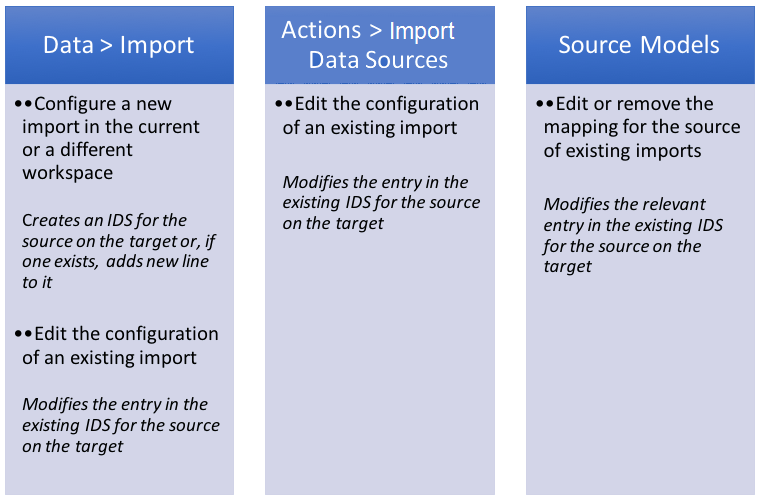